We ennoble spirits.
It’s as simple as this.

From whisky to rum or fruit schnaps, we make it our sole aim to get the full potential out of matured spirits. Instead of having to wait for 8 years or longer to finally be able to taste the delicious products, we empower you to taste the future within weeks. Because for us time doesn’t matter, but taste does. Using our Fast Forward Finishing provides you with flavour combinations that could hardly be achieved by liquid- and time-consuming traditional maturation. We may not be the first ones who have attempted to reinvent maturation, but our quality and awards for our proof of concept “Seven Seals Whisky” speak for themselves. Fast Forward Finishing’s vision is to get the full potential out of spirits with a revolutionary ennoblement method.

The mastermind behind Fast Forward Finishing, Dolf, had two options at the remarkable age of 72. He could either accept the status quo and purchase a whisky distillery with a likelihood of not being able to sample his first own matured products, or he could innovate. And innovation is part of his DNA.

Dolf’s passion for whisky and persistence to solve the seemingly impossible challenge to improve a process steeped in hundreds of years of tradition led to the birth of a new invention. For him the solution was in the time-consuming maturation process which mainly serves to extract unwanted aromas whilst also adding flavours into the liquid such as whisky lactones, vanillin or guajacol.

Despite the initial scepticism, the openness of Langatun Distillery’s CEO Chris Lauper led to first joint trials and ultimately the ennoblement of whiskies and other spirits such as rum and gin.

So, after all, at the impressive age of over 75 the Austrian mastermind has successfully preserved tradition whilst re-innovating in a field where others would have not even attempted entering. However, Dolf is not resting on his laurels but is still constantly experimenting and further developing his unique method to ennoble spirits. 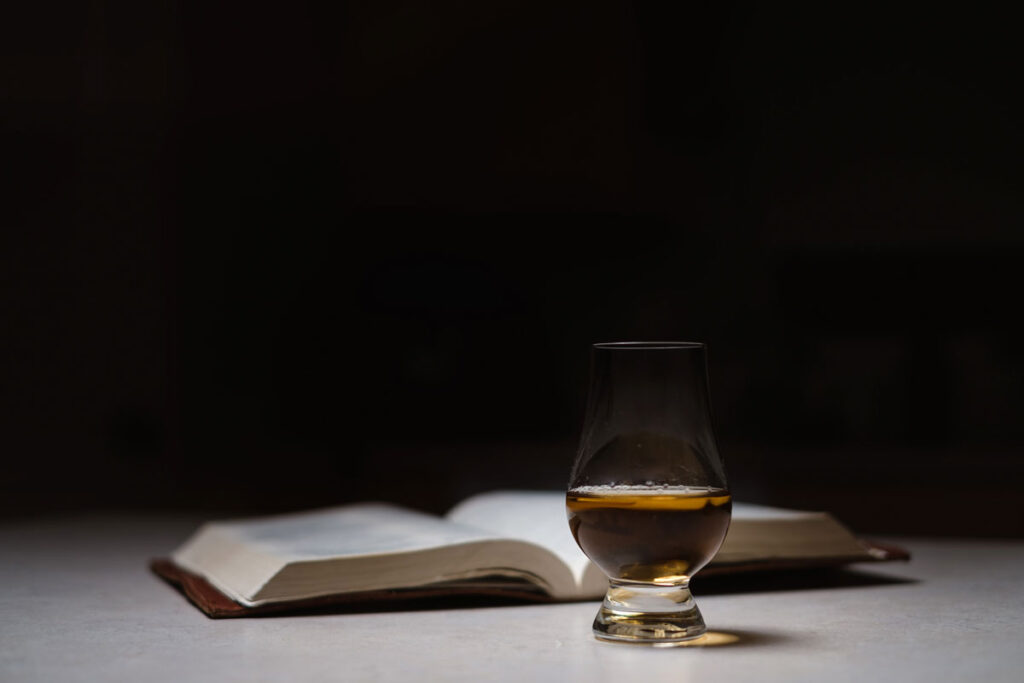 We are synonymous for quality and strive to exceed your expectations and standards. To ensure that the know-how and production remain in the same place, we have decided to keep our production and headquarter in Switzerland since the very beginning.

The team as much as the products are based on reliability. This starts with the carefully tailored recipes for each licensee, to having the most committed team constantly working on shaping the future of the spirits industry.

Besides quality and reliability, sustainability is also at the heart of everything we do. Not a single additional tree has to be felled to produce and treat our special ennoblers. In that way we can contribute to preserving the planet for the coming generations in the present. 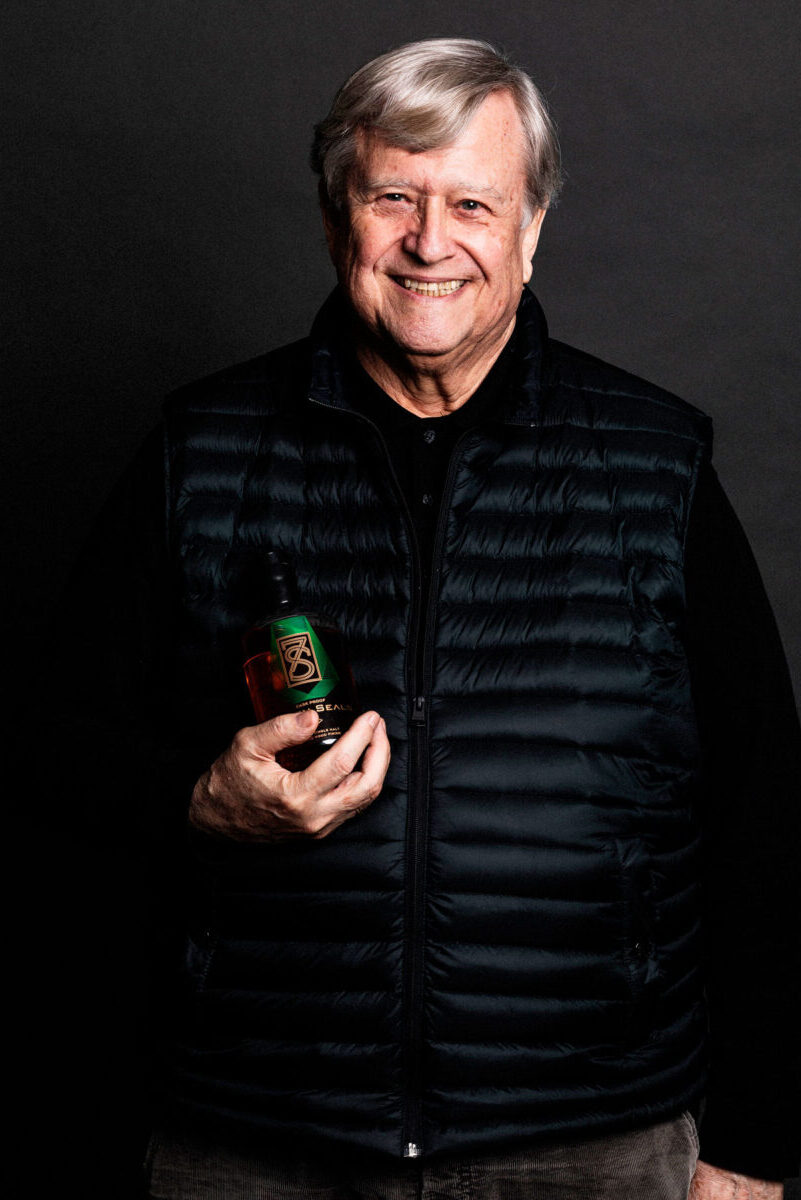 Dolf’s passion lies within innovation. During his career in the chemical industry, he has successfully introduced a revolutionary invention globally and sat on several boards of directors for his business expertise.

If he is not busy working out recipes you may find him reading a good book or in the opera enjoying Wagner, Puccini or Verdi. 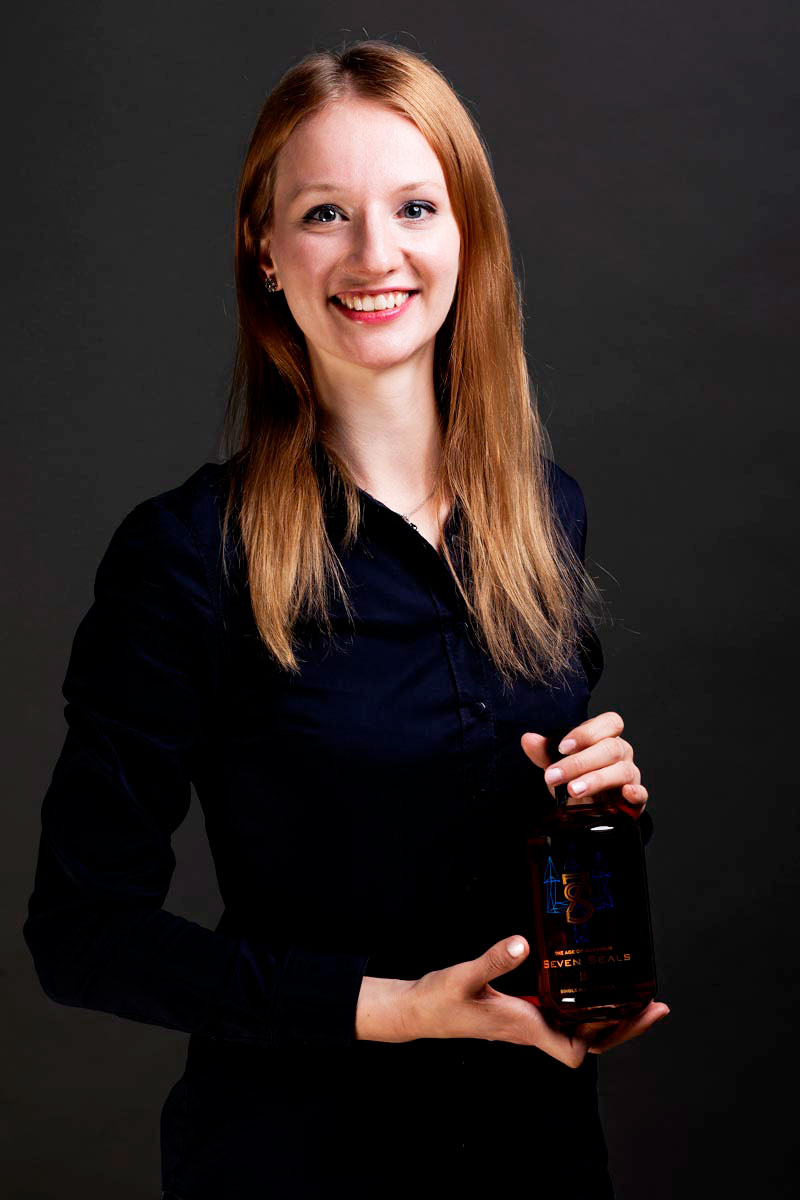 She is the one responsible for developing Fast Forward Finishing further. This may be in form of building up the brand or ensuring that our licensees receive the latest products.

When she’s not working you will find her under the surface of the sea while diving or enjoying a hike in the Swiss mountains. 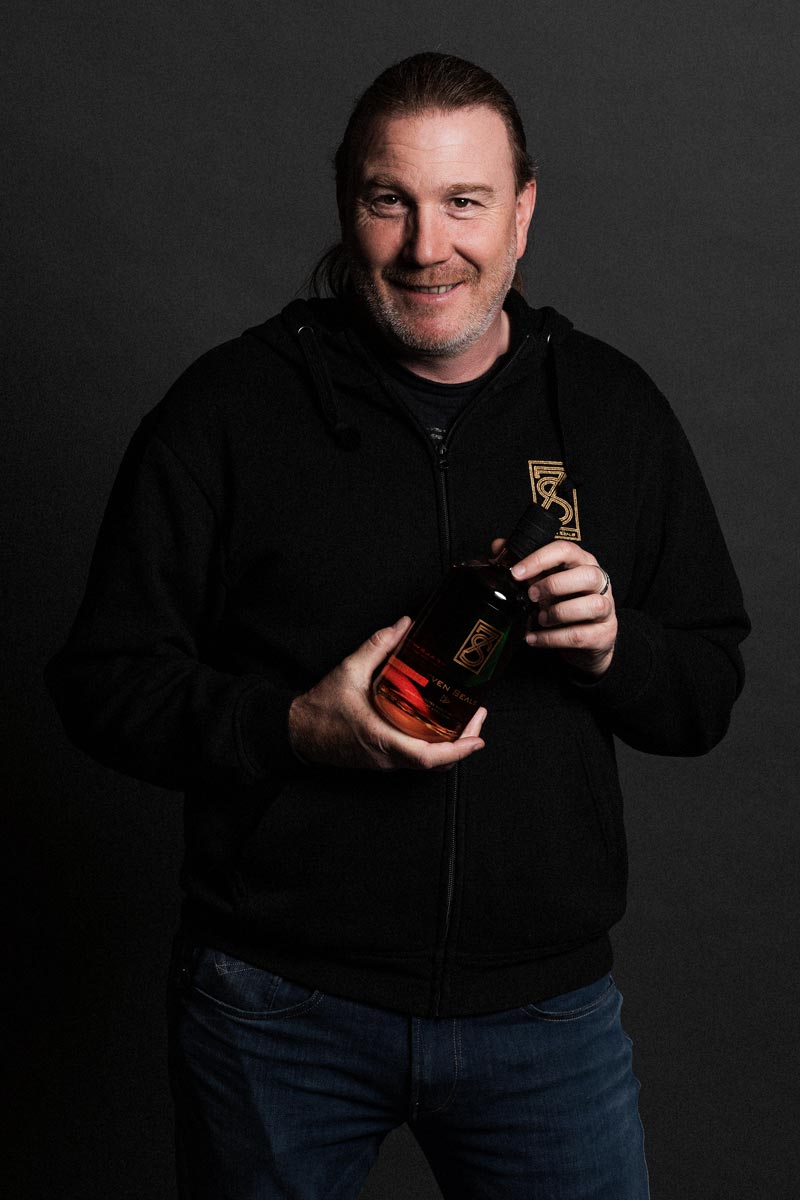 Chris’ expertise lies in his 20 years of industry knowledge with which he provides the essential guidance needed for our new maturation method whilst also being CEO of our proof of concept 7Seals Whisky.

When he is not working you will undoubtedly find him on wheels. Either two, when he rides his bike, or four, when he is behind the steering wheel of a fast car. 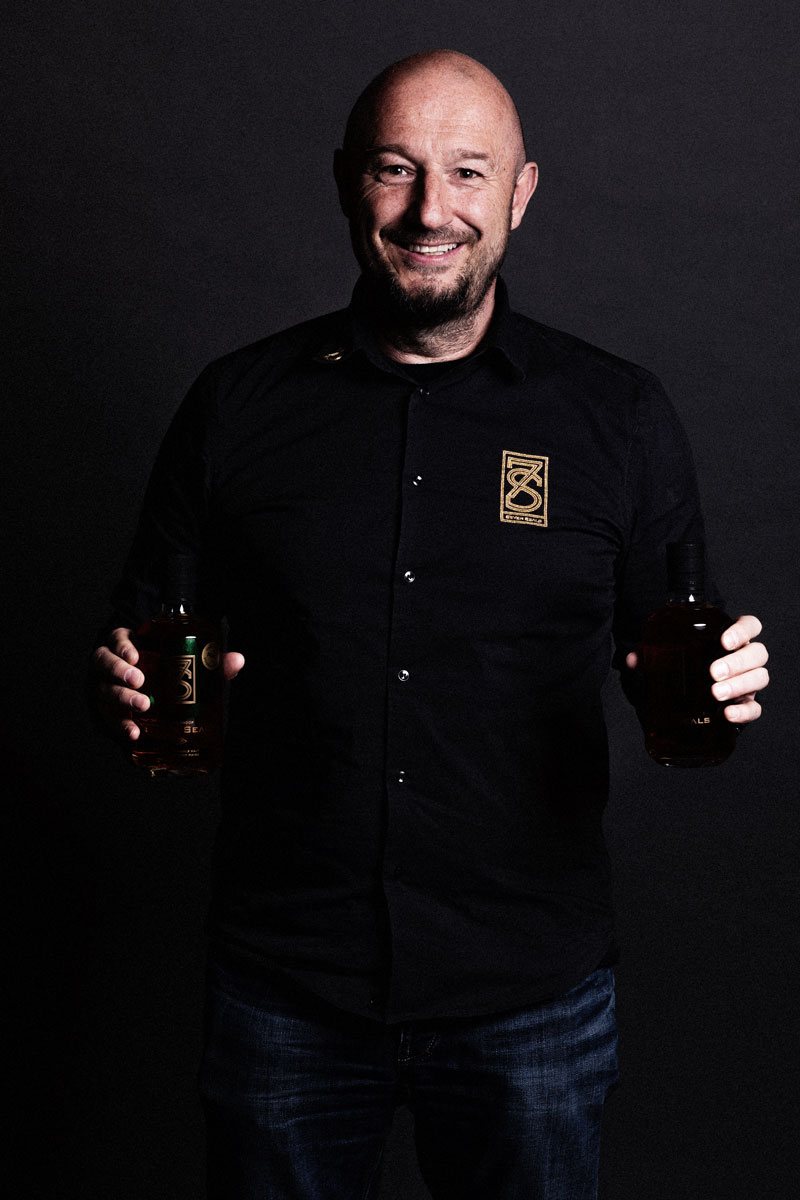 His role is within our marketing and brand development. Oli’s ideas are essential to bring our Fast Forward Finishing process, as well as 7 Seals Whisky to the next level with marketing material, event suggestions and award nominations.

If Oli is not at work you can find him enjoying a cigar either at home or at his cigar appreciation club. 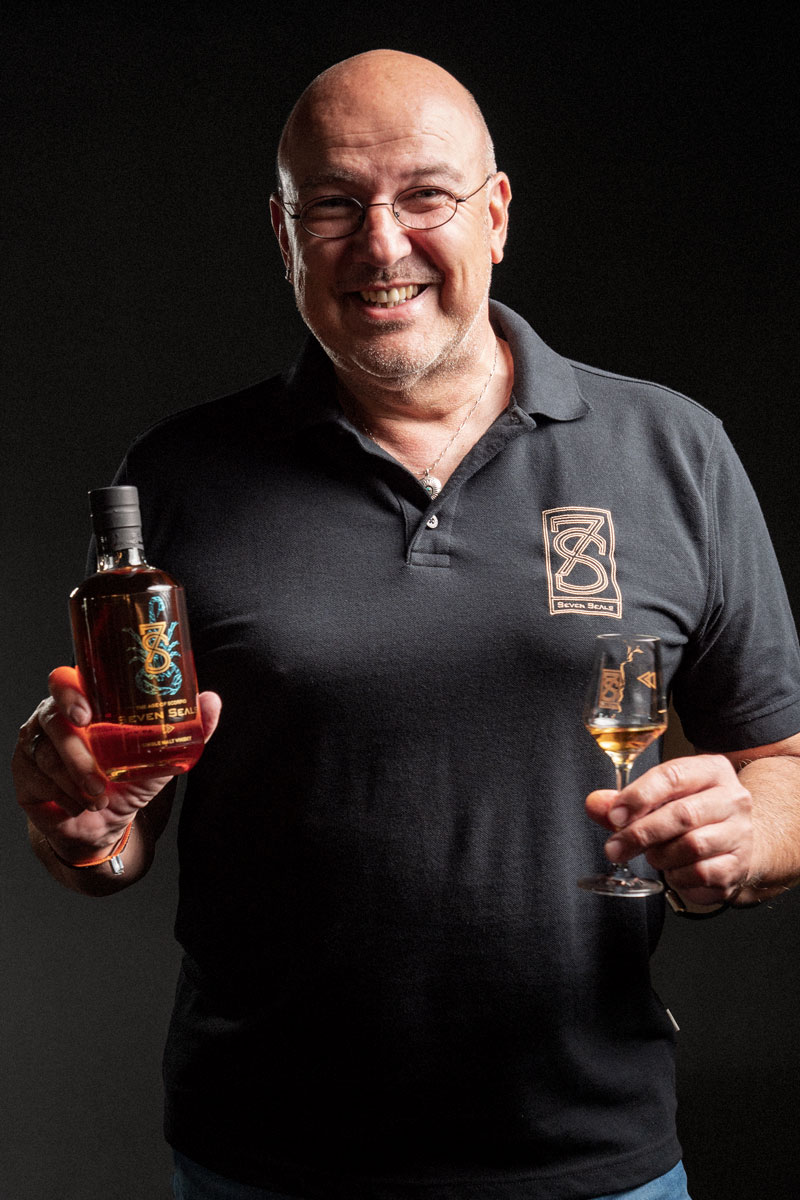 Without his supervision and expertise in Import and Export, we wouldn’t be able to sustainably establish our proof of concept as well as working and coordinating the samples from our potential and current licensees.

When Micha is not working you will find him exploring the world of spirits with all of his senses, reading, tasting, listening and most importantly enjoying. 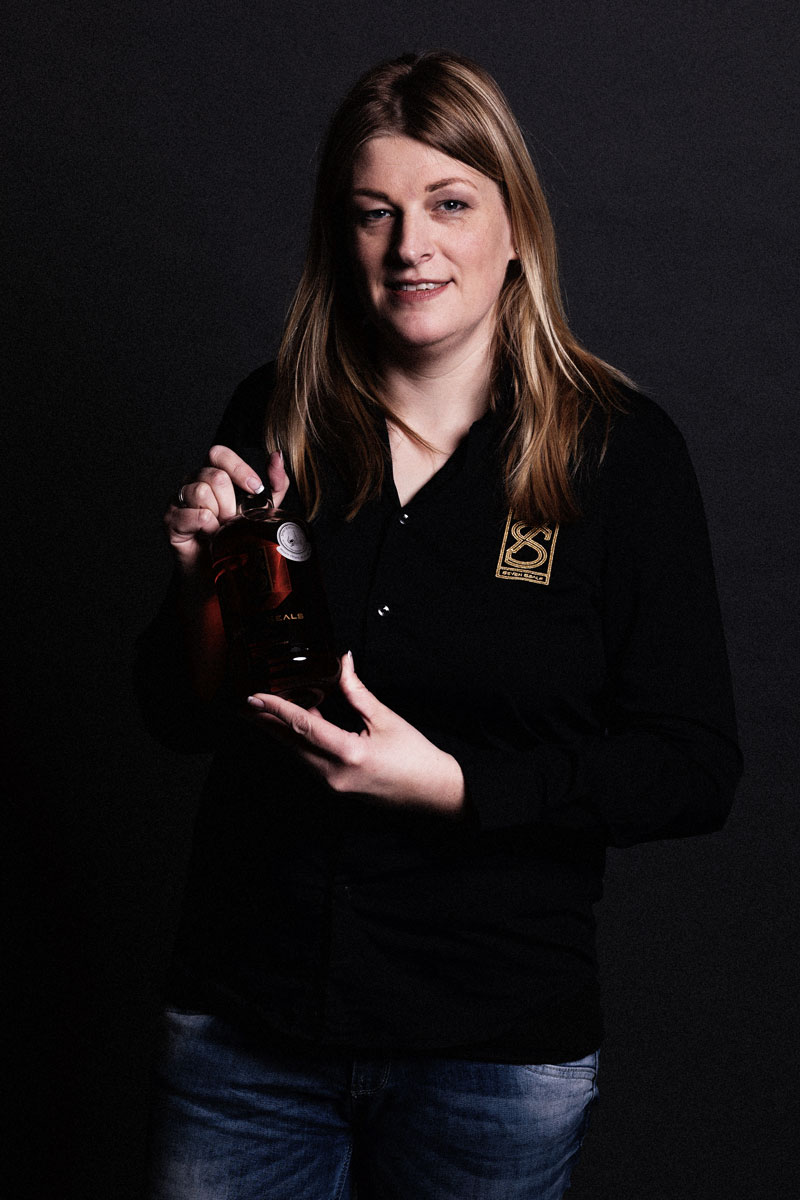 Andrea is the hard working production manager behind our proof of concept 7Seals. Through her ideas and incredibly fast batch production, we are able to produce our whiskies and show our licensees the magic behind our process.

She likes to spend her free time with her family exploring her beautiful home country. 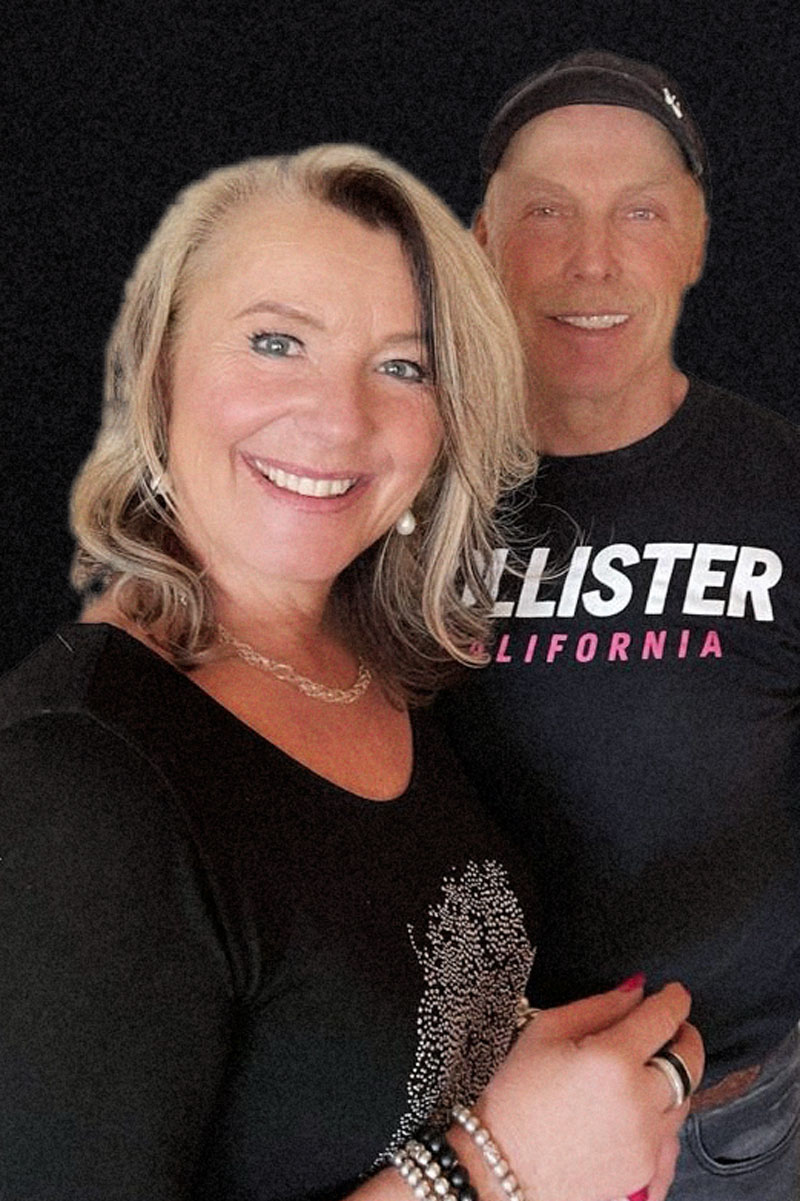 Martha and Alois are the ones who are tirelessly producing our raw material to fast mature spirits of most kinds. Due to their quality-driven work and efforts and suggestions, we are able to produce our ennoblers within hours.

During their free time you can find them caring for either their restored Ducati bikes or their cat and chickens. 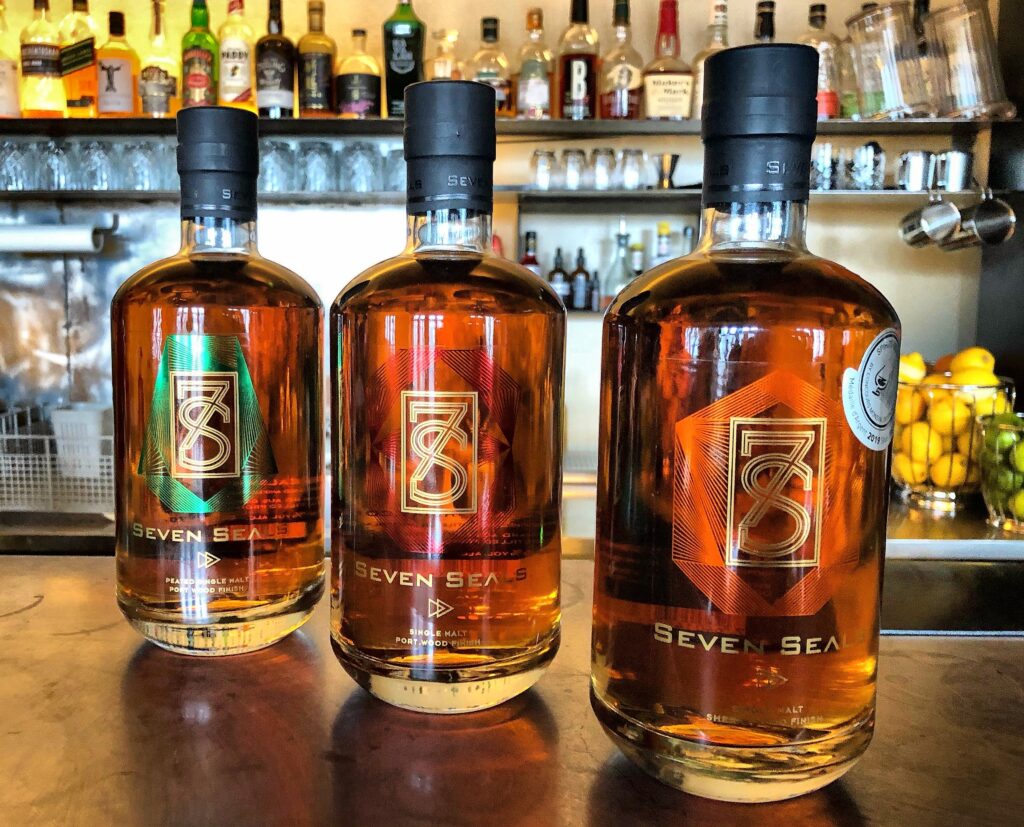 We are always interested in partnerships to make the most out of our and your expertise. Read more about our current partners and why our consultants have decided to support us in revolutionising the maturation in the spirits industry. 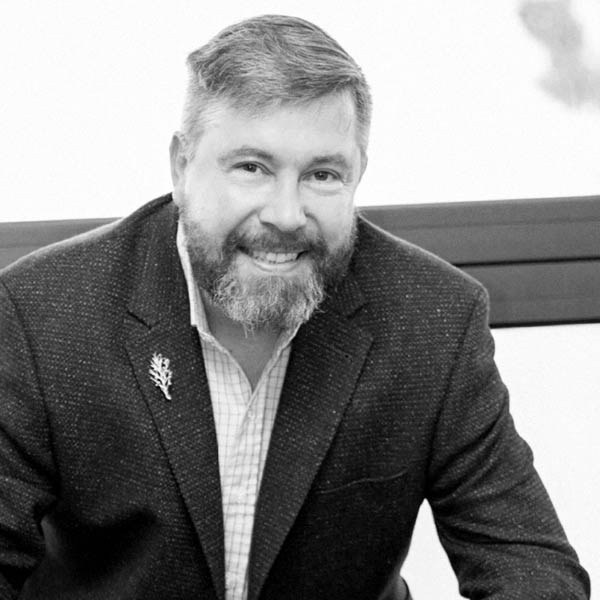 The whiskies from Seven Seals have already convinced our judges multiple times in blind tastings and were easily able to keep up with Scottish whiskies of various ages. 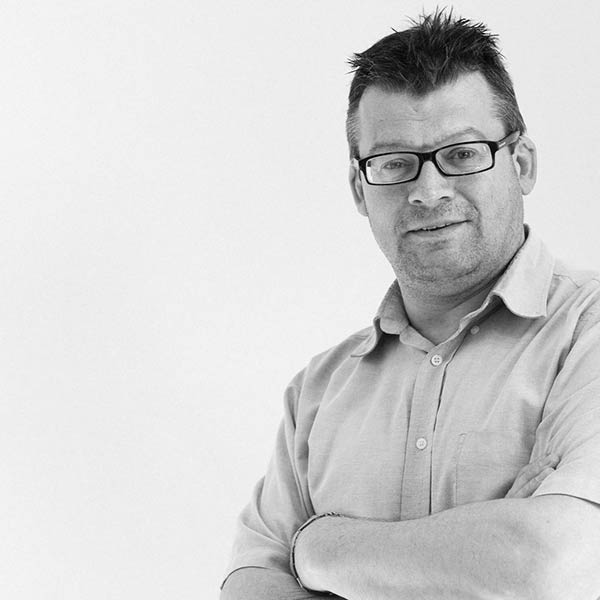 I discovered Seven Seals while taking part in a blind tasting a few years ago. Two samples were so far above the rest that I put a circle around them and asked the organiser what they were. Both were from Seven Seals. I have championed great whisky from non traditional whisky making areas for two decades now, and Seven Seals makes some of the best I have ever tasted and their new process of finishing is working very well. The new releases planned for this year are superb, and it's an honour and pleasure to be working with, and promoting them.

Our process is already changing the way that spirits are matured. With our Fast Forward Finishing Formula, we provide a sustainable, high-quality and flexible method to ennoble spirits.